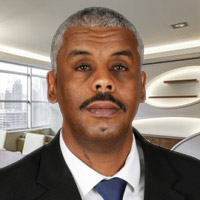 Among his many career recognitions, Mr. Abdin takes great pride in being one of very few African lawyers selected for the International Lawyers for Africa Program (ILFA) in London in 2007, where he served a three month secondment with international law firm Dentons. Through his work with Dentons, Mr. Abdin strengthened and broadened his experience in energy, infrastructure, project finance, and telecommunications. The ILFA project also included an external training program in many city law firms and universities, including Allan & Overy, Clifford Chance, Herbert Smith, Linklaters, Freshfields Bruckhaus Deringer, Berwin Leighton Paisner, University of Oxford, University of Cambridge and the World Bank.

While Mr. Abdin has a traditional western education, his experience makes him uniquely suited to counsel clients on how to best work in Sudan and other developing countries. He has successfully passed the Qualified Lawyers Transfer Scheme (administered by the Solicitors Regulation Authority) and has now been admitted to the Roll of Solicitors in England and Wales.